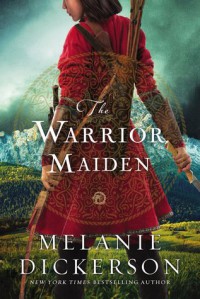 When Mulan takes her father’s place in battle against the besieging Teutonic Knights, she realizes she has been preparing for this journey her whole life—and that her life, and her mother’s, depends on her success. As the adopted daughter of poor parents, Mulan has little power in the world. If she can’t prove herself on the battlefield, she could face death—or, perhaps worse, marriage to the village butcher.Disguised as a young man, Mulan meets the German duke’s son, Wolfgang, who is determined to save his people even if it means fighting against his own brother. Wolfgang is exasperated by the new soldier who seems to be one step away from disaster at all times—or showing him up in embarrassing ways.

From rivals to reluctant friends, Mulan and Wolfgang begin to share secrets. But war is an uncertain time and dreams can die as quickly as they are born. When Mulan receives word of danger back home, she must make the ultimate choice. Can she be the son her bitter father never had? Or will she become the strong young woman she was created to be?

In Dickerson's take on the Chinese legend, Mulan has been adopted into a European family in 15th century Lithuania. When war comes to the area, teenage Mulan decides to disguise herself as a man to take the place of her father, who had passed away. Mulan has numerous reasons for taking on this dangerous mission of sorts --- not only does she herself crave the chance to find adventure and a sense of purpose, but she also doesn't want to see her mother have to face possible homelessness!

Her family's well-being now reliant on her success as a soldier, Mulan goes into battle against the Teutonic Knights. Should she fail to bring honor and victory to her family and community, the alternatives could be either death or being married off to the local butcher, Algirdas, a union likely to lead to a lifetime of soul-crushing hard labor for Mulan. Also along for the journey is Mulan's childhood friend, Andrei, who poses as her body servant. He's in on her secret, naturally, but does his part to keep the truth under wraps... in more ways than one.

Disguised as a man, going by her father's name, Mikolai, Mulan meets Wolfgang, the son of the duke of the German town of Hagenheim. Wolfgang was pushed to join the army after his brother, Steffan, went against their father's wishes and chose to join ranks with the enemy, the ruthless Teutonic Knights. Now odds are good that the two will have to face each other on the battlefield. (Note: If you read the earlier Aladdin installment in this series ---- The Orphan's Wish ---- Wolfgang and Steffan are the brothers of Kirstyn, the love interest of Aladdin from that book. Another of Wolfgang's sisters are also featured in Hagenheim #6: The Golden Braid, the Rapunzel retelling).

Wolfgang initially sees Mulan as just a fumbling embarrassment of a soldier, but over time a slow friendship develops. He also notices that while Mulan's sword skills could use some work, she's actually an impressive archer and solid equestrian.

I've seen quite a few high reviews of this book from reviewers who admit they know nothing of the origins of the story of Mulan, either through the Disney version or the original story the movie is based on. Being pretty familiar with both myself, I felt like Dickerson's Mulan was only a tepid nod to the fierceness and bravery of the original figure. It only lightly touches on the elements of honor and strength within the original Mulan's character that made her such a force to be reckoned with in the stories.

I also struggled with a number of things within the plot itself:

* While the friendship between Mulan and Wolfgang is sweet and builds naturally, the romance is largely one dimensional. Not to mention how her decision to call him "Wolfie" brought out serious cringe in me.

* The pace of the story ran pretty slow for what you might expect in this kind of story, but I give extra points for the bit of excitement brought in near the end when it's decided that the fate of Mulan's mother will hinge on the outcome of a jousting tournament.

* This series in general... though I've only read from #6 on and am working on backtracking to the earlier ones .... but man, in these latest installments, there is so much white savior complex written into these retellings, it kinda ruins the spirit of the original legends for me.

* The Warrior Maiden, with the Christian undertones that are worked into the entire series, came out much more preachy than previous books. For me, it didn't flow all that naturally in this environment, but more awkward... the way it was pushed into the dialogue at times read clunky to me.

I'm curious to backtrack into the earlier installments of this series and see how some of these characters had originally started out and where they go from here; to date, my favorite has been The Silent Songbird, the Little Mermaid re-imagining,