Daughter of Neptune by Theresa Wisner 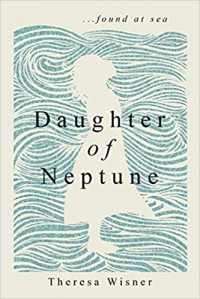 This powerful memoir touched the hearts of both readers and reviewers. Theresa Wisner follows in the wake of her fishing brothers to the far outposts of the world in an attempt to please her fishing father. With impeccable detail, Wisner paints a picture of life at sea from a young woman’s perspective. With courage and grit, she tells the story of addiction and recovery, and coming of age far later than most. Daughter of Neptune powerfully captures the beauty and the coarseness of a foreign world that creates the backdrop for healing.

Theresa Wisner has done extensive traveling all over the world. She has twenty years of experience in commercial fishing, served as a chief steward in the Merchant Marine, she's even the recipient of the Congressional Antarctic Service medal. Largely driven by a lifelong need to feel acceptance from an often emotionally distanced father, Wisner's travels and work experiences culminate in one impressive tale of a woman time and again pushing herself to succeed in a male-dominated industry.

Daughter of Neptune documents not only her life at sea, but also land-based downtime during the fishing off-season, divided between part-time waitressing work and off-time hours spent at various dive bars around the world. Introduced to the fishing industry (through her father) at a mere nine years old, Wisner grows up learning the ins and outs of the business before eventually following the path of three of her four older brothers, who all joined fishing crews. Wisner's experiences are unique in that of the crews she's signed onto, she's often either THE only woman or one of only a couple on board, meaning her stories are seasoned with humorous, sometimes crass locker room style behavior from her shipmates, not to mention an intensive trial-by-fire approach to on-the-job training, whether serving on deck crew or in the kitchens.

Right from the opening lines, the reader is immediately thrust into Wisner's salt encrusted landscape, painting such an atmospheric scene as to make it clear to the reader why she's so drawn to this particular way  of life:

I smell the salt. It's carried on the breath of the earth here, and in the mist that hangs in the air. It clings to the inside of my nose and it tickles and is tangy, all at once. On my skin, a damp coating of fine crystals. I lick my lips and taste the sea.

Later on, she writes of being on a ship while sailing past Priest Rock, approaching the Bering Sea. I was not familiar with this point prior to reading this book, but her description had me immediately doing an image search for a visual and while having never been there myself, I can't help but feel her words must ring spot on truth.

Wisner's unvarnished account of her experiences is admirable. While maybe not every little detail is divulged, she doesn't shy away from being upfront with the reader when it comes to discussing her struggles with depression, occasional suicidal thoughts, and addiction -- the fight, the recovery, relapse, and gradual journey back to recovery once again. It's also interesting to read an account of someone whose livelihood is dependent on a life at sea battling sea sickness the first few days of every new trip, even years into such a career!

She's also real about the job itself. Point blank, Wisner lets readers know there's plenty about the work that is flat-out disgusting and sometimes even boring. She brings you in and lets you imagine: days or weeks aboard a ship with no shower facilities, your body and clothes covered in a hardened layer of salt, sweat, blood and fish guts. Wisner points out that many men she sailed with just got used to that state of... dishevelment, shall we call it... and just waited until they were back in port somewhere before considering a wash up. You can imagine how ripe they must have been by then! Not being about that life, Wisner devises a system of heating water and then transferring it to a garden watering can, pouring the water over her as a makeshift showerhead.

There's also some mention of the disappointing state of the trash filled oceans around the world, how it's hard to ignore when you're living in the middle of it.

Even if one manages to freshen up after a long day's work, Wisner explains that there's still the bouts of boredom one has to learn to navigate. But while she might feel disappointment at the monotony of weeks at sea, there's also a freedom in it. You can become comfortable in the reliability of routine. Still, it's the sea... a place where you definitely don't want to get too complacent.

The irony: when you're on land you itch to get back on the sea, when you're on the sea, you long for the conveniences and socialization of landlubber life. You're never guaranteed to mesh well with the crew you're hired on to. Early on, she talks of sailing experiences with old salt Phil, who seems alright at first, but turns out to have a violent side when it comes to processing shark meat. When he sees the looks she gives him, his response is "You'll understand when they eat $1000 of your fish." Umm, no, Phil. You fish shark territory, so technically, you're stealing THEIR food... Don't know that Phil and I would've gotten along so well, lol.

Wisner admits to quite frequently feeling the temptation to quit, but it always comes back to the need to feel a connection with her father. Not only does he not like quitters, but this fishing life brings about a closeness between them that nothing else can. So she stays.

The writing at times lacks a bit of the finesse one might expect from an established professional writer --- some passages could be edited down, while others beg more detail --- but any technical shortcomings are certainly well made up for through Wisner's heart coming through, particularly through her honest account of the struggle of child-parent relationships when they move into the child's adulthood.

My heart plunges with shame of not being good enough. Not being big enough. And especially not being boy enough.

Wisner, above anything, wants her father's approval. Every action, every life choice, on some level, is driven by this fact. She just happens to have the kind of parent who is reserved (to say the least) when doling out affection and evidence of pride in their offspring. I saw so much of my own father in Wisner's, I felt a sense of ... community, almost (maybe also because I was raised a "Navy brat" lol)... on a level I don't often reach with memoirs. I felt it most strongly with the passages where she gets into the hardships of such a relationship in adulthood.... where you have a parent you still seek approval from, even when reason tells you the bulk of their actions don't deserve or inspire respect... but as an adult, you can't help but acknowledge that that IS still your parent. If they gave you nothing else, they did give you life, so it's not unfathomable or even uncommon to feel responsible for them as they age, regardless of how they might have wronged you. Man, did I feel the truth in that.

While this book has only been out a short time, I've already seen it drawing comparisons to Wild by Cheryl Strayed. I can see where similarities could be drawn between the two, but I personally wasn't all that impressed with Wild. While shorter in length, I found much more heart and realness to Daughter of Neptune. Though I will say: a little admission here, Below Deck is one of my "guilty pleasure" tv programs, and I could also see some similarities between that and this, so if you're a fan of that show, maybe check Wisner's book out!

FTC Disclaimer: Author Theresa Wisner kindly provided me with a complimentary copy of this book in exchange for an honest review. The opinions above are entirely my own.

* If you want to add some ambiance to your reading experience with this one, I had OCEAN STORM SOUNDS playing in the background while I did my reading!