In December 1875 the steamship Deutschland left Bremen, Germany, bound for America. On board were five nuns, exiled by a ban on religious orders, bound to begin their lives anew in Missouri. Their journey would end when the Deutschland ran aground at the mouth of the Thames and all five drowned. Ron Hansen tells their harrowing story, but also that of the poet and seminarian Gerard Manly Hopkins, and how the shipwreck moved him to write a grand poem, a revelatory work read throughout the world today. Combining a thrilling tragedy at sea, with the seeming shipwreck of Hopkins's own life, "Hansen brilliantly, if soberly, weaves two interrelated story lines into a riveting novel" (Booklist on Exiles).

Inspired by a true story, Exhiles novelizes the tragic story of the steamship Deutschland, which set out in December of 1875, leaving its German port for the shores of America. It never reaches its destination. Onboard, among the passengers: a group of five nuns, ages ranging between 23-32, exhiled by a government ban on religious orders, with the goal of traveling to Missouri in hopes of starting up an American branch of their order: Sister Henrica, Sister Brigitta, Sister Barbara, Sister Aurea, and Sister Norbeta. Though the novel itself is quite a quick read, we still get a bit of a history on each of these women:

* Sister Henrica (previously known as Catharina): The reader / writer of the group. At only 15 years old, suffers the loss of her mother (died in childbirth). Grief develops into piousness, but she doesn't have the goal of taking vows right away. First, she takes up the mother role in the family, gets a job in a dress shop (her boss sees her as an "old soul" type). By the time of the trip to the Americas, Henrica is chosen to be Mother Superior of the new North American convent.

* Sister Brigitta: Born to tenant farmers, grew up shy and sensitive, often ill as a child. She grows into a pretty blonde-haired, blue eyed young woman. She's encouraged to find a suitor, which she tries to do but often gets bored with the process, often finding ways to slink off with a book somewhere. *I feel you, girl* 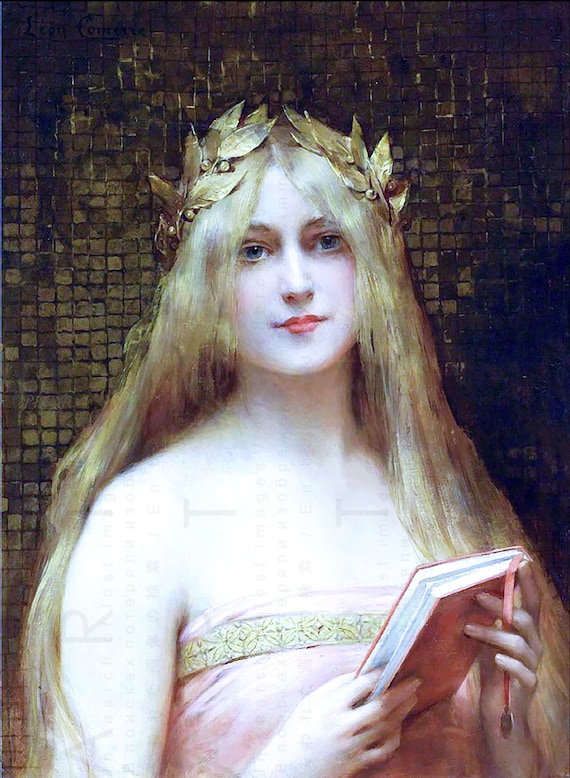 "Girl with a Golden Wreath" by Leon Francois Comerre

Sister Barbara: ("Barbara" comes from the Latin "wild, rough, and savage", Saint Barbara was executed by her own father!); Sister Barbara grew up the tomboy daughter of a shoemaker. She was plain of face, didn't like dolls, and was known for having wide open energy and zero filter of the mouth LOL. She also grew up a mostly friendless, lonely girl who loved the woods, was good as sports, but couldn't muster enough focus for reading. Once she was at the marrying age, her mother tried to match her with single farmers in the area (because of the life of poverty common for most at that time, Barbara's man-like strength was appreciated in the farming community), the matches never really panned out. But she parlayed her toughness into work in midwifery and as a triage nurse during the Franco Prussian War. Barbara was famous for her stoic, no-nonsense approach to life. Her tough-as-nails demeanor often got her labeled as a "harridan" among adults, but around children she often became a complete marshmallow.

Sister Aurea (previously Josepha): We don't get to know too much about her other than she's the rebel and jokester in the group. She sends the others gasping at the announcement that she wants to check out the men's bathroom on the ship: "Wide enough to swing a goose in, but small enough the goose would object" LOL Prior to becoming Sister Aurea, little Josepha is a happy soul who loves to laugh and sees beauty in the church life, but feels guilty "having committed sins against chasity" with her first crush, Werner. The nuns saw her as "just a wild puppy that needed to be house-trained... and impossible to dislike."

Sister Norberta (previously Johanna): Norbetta, like sister Brigitta, was also born to tenant farmers but at birth she was so small she was not expected to live long. But because she did indeed survive, her parents vowed to dedicate her life to the Catholic Church. Her mother treated her as a literal gift from God, which caused Johanna to act a bit haughty and spoiled. By the age of 21, she was 5'10, heavy-set and plain-faced. Friendless and without any suitors, her father declares, "she's become impossible." When he dies a few weeks later, Johanna blames herself.

The sisters travel without a male escort, and insist on paying extra so they may travel in 2nd class rather than steerage. They are all in wonder of the lavishness of the accommodations, even if small. The ship hits an underwater sand dune and when the crew checks the weather situation, they realize they are sailing into a developing hurricane; 130 pages in, the reader is thrust into a scene of crashing items, glass bursting, people being knocked about. The reader is then made to witness the nuns die off, one by one. Makes for a bit of tough reading, once you come to know and like the personalities of these women, more so when you remember this all was based on a true story!

There's also a bit of a secondary story incorporated into this brief novel: that of poet & Jesuit priest Gerard Manley Hopkins, who was inspired to write an ode to the steamship Deutschland running aground at the mouth of the Thames River. Gerard, based in Wales, reads the newspaper reports of the downed ship and how the recovered bodies of the nuns have been laid out for viewing in Statford. Hopkins had previously been a published poet who destroyed his work as a religious act of stepping away from vanity. But when a fellow priest suggests the story might be poem-worthy, Gerard finds himself inspired to get to work crafting his ode. 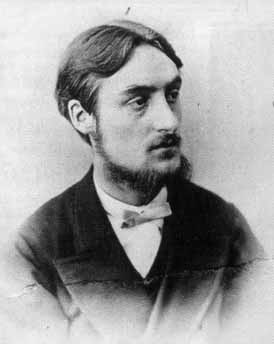 The first chapter is a little slow but once we get into the life stories of each of the nuns, and the way Hansen eases into the night of the tragedy, his classic way with words ultimately has the reader breezing through the pages of an incredible story. I admit, I didn't become fully invested until the closing chapters, but I enjoyed the journey just the same (as much as you can with this kind of story!).

Hansen includes Hopkins' ode in full at the back of this book. Personally, the rhythm / where Hopkins chooses to put the line breaks had an odd flow for me... but it's there for anyone curious.