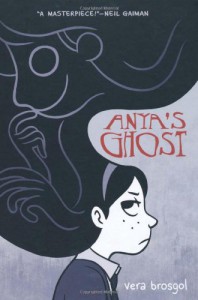 Anya could really use a friend. But her new BFF isn't kidding about the "Forever" part . . .
Of all the things Anya expected to find at the bottom of an old well, a new friend was not one of them. Especially not a new friend who's been dead for a century.
Falling down a well is bad enough, but Anya's normal life might actually be worse. She's embarrassed by her family, self-conscious about her body, and she's pretty much given up on fitting in at school. A new friend—even a ghost—is just what she needs.
Or so she thinks. Spooky, sardonic, and secretly sincere, Anya's Ghost is a wonderfully entertaining debut from author/artist Vera Brosgol.

Anya Borzatovskaya is the daughter of a Russian immigrant mother now living in the US. She is self conscious about many aspects of herself, a little socially awkward, and she struggles to fit in, both in school and around her family. Overwhelmed with the teasing one day, she decides to take a walk through the woods. It's there that she unexpectedly falls into an uncovered abandoned well hole. At the bottom of the well Anya meets the spirit of Emily, a girl who went missing in the 1800s. 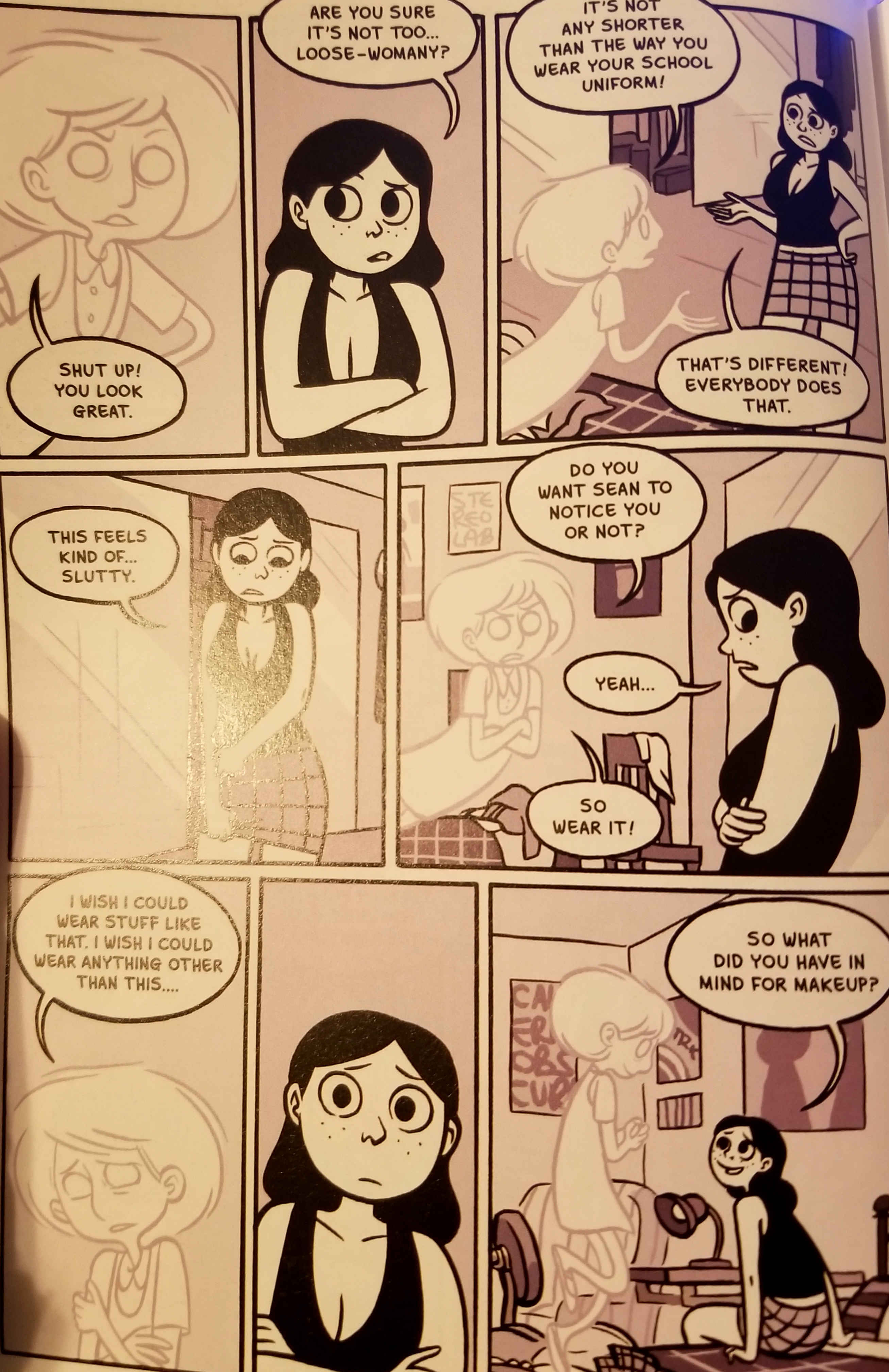 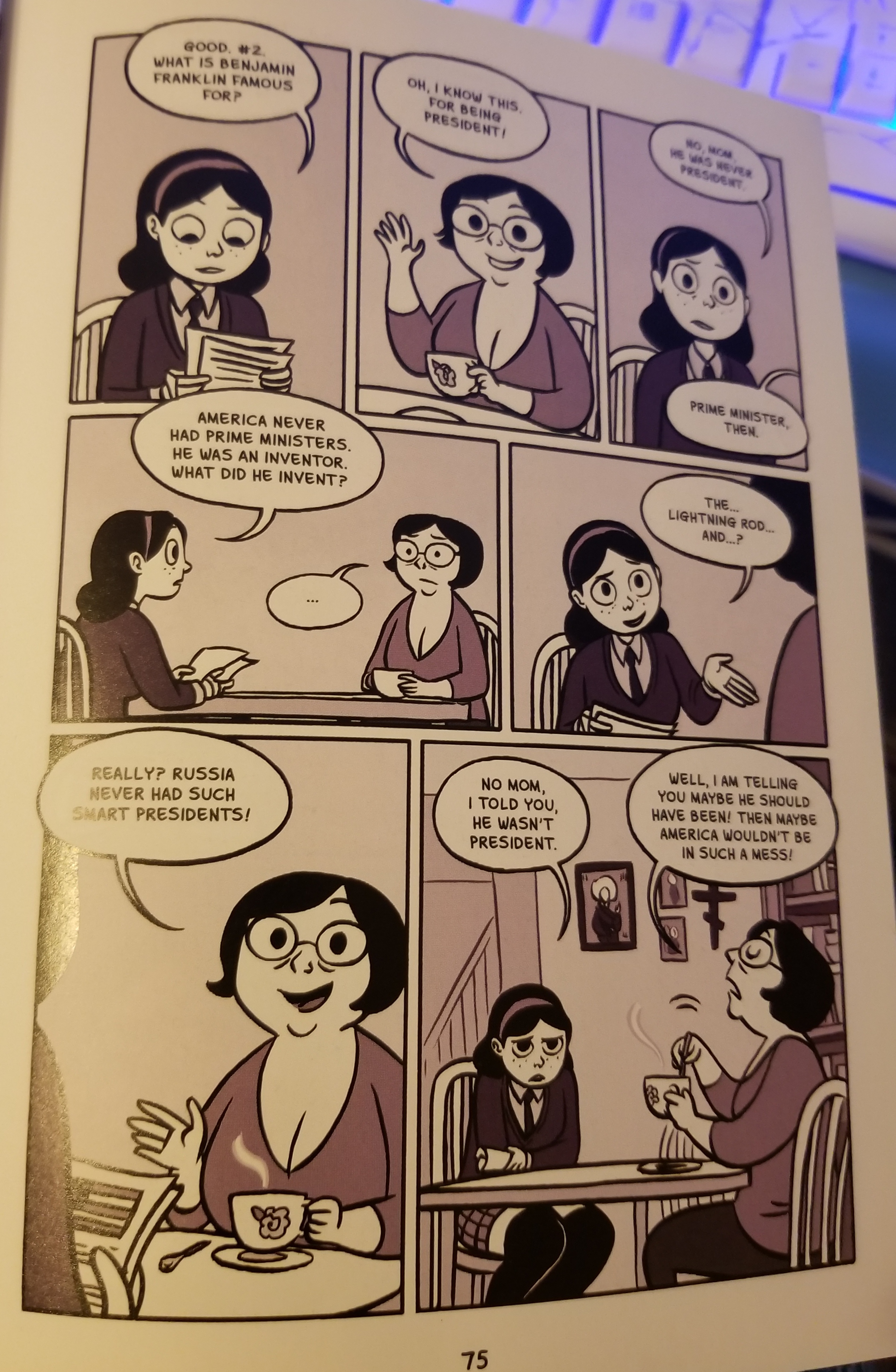 Anya and Emily hear someone walking by the hole. Calling out, they enlist the guy and his friends to help her out. While in the well, Emily informed Anya that she (Emily) must stay with her skeleton. When Emily is freed from the well, she doesn't realize that the bone of Emily's little finger got into her backpack, allowing Emily to travel with her. Spooked at first, Anya later sees some usefulness in Emily's spirit presence. Before long they become fast friends, Emily helping Anya climb up the social ranks of school. But is there some deception afoot regarding Emily? When Anya starts to suspect and goes to investigate Emily's story at the local library, she's shocked at the truths she uncovers. 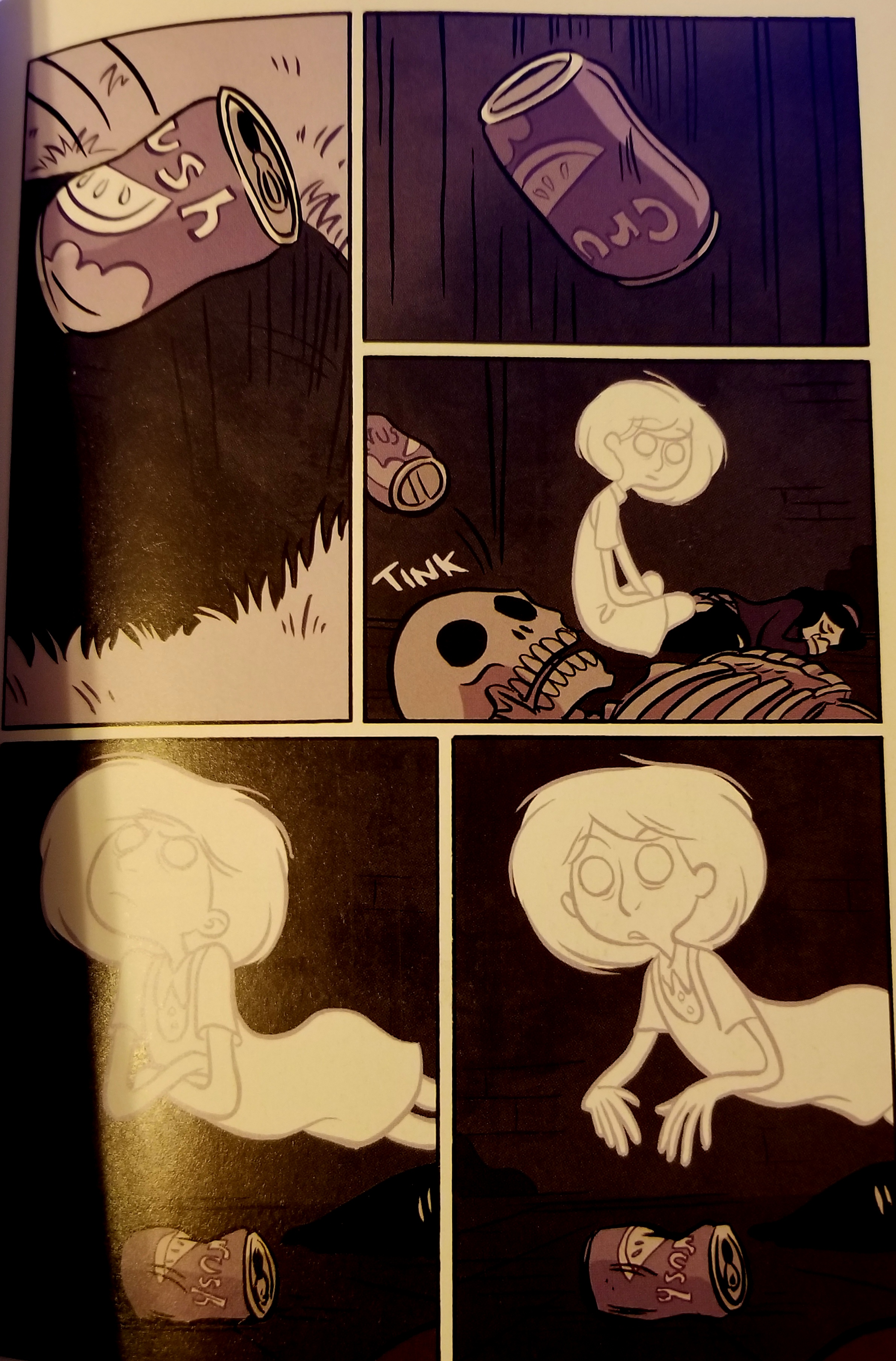 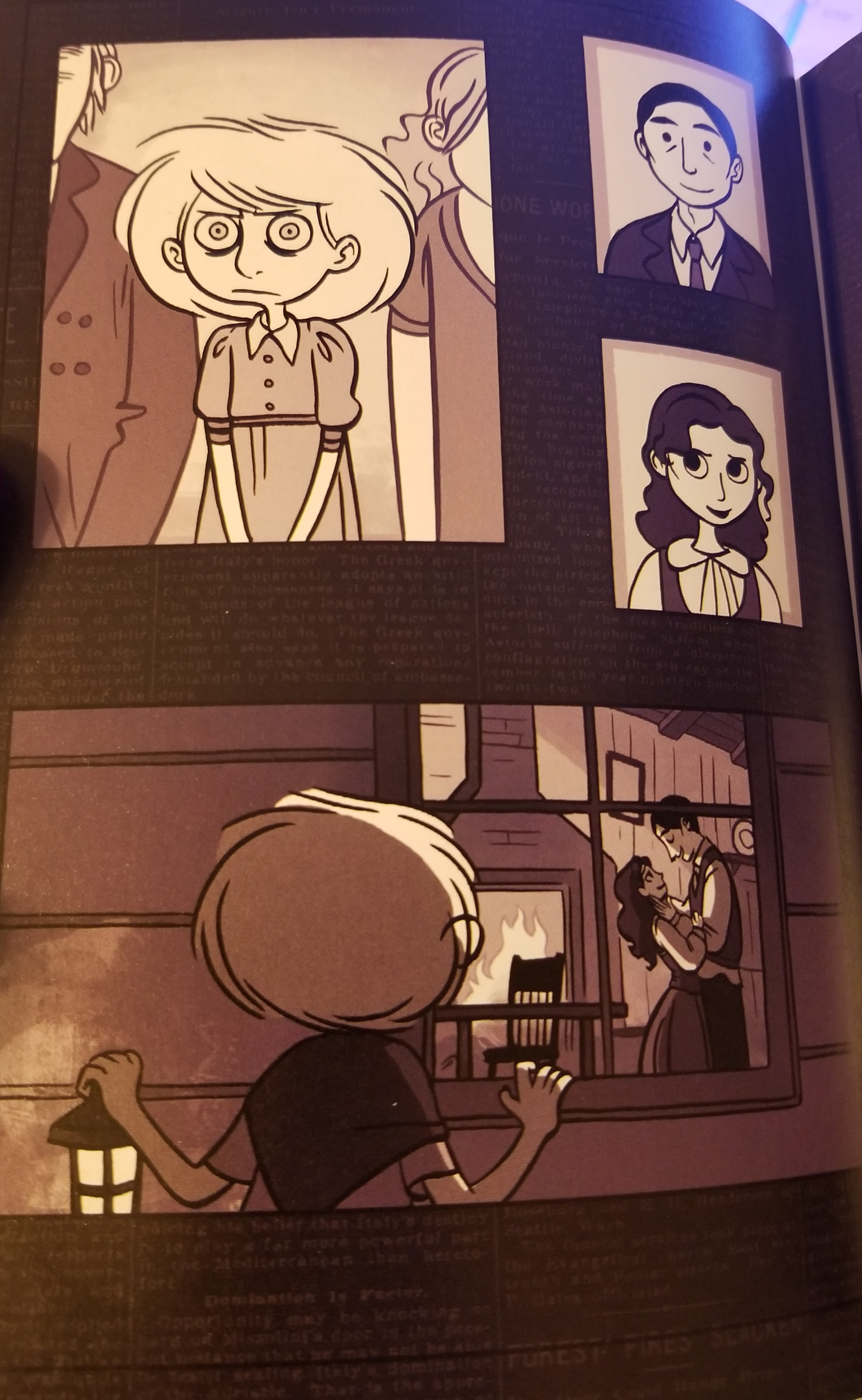 This is another one (graphic novel, that is) where the story was good and fun, but largely driven by the artwork rather than plot. Though the plot does bring up some important topics -- school bullying, experiences of immigrant families, problematic friendships, etc - and the general tone of the story does shift to somewhat dark pretty dramatically, it's really the overall cute factor of Brosgol's art style, enhanced by the blue-grey tones, that really drove the story for me.

*Note to parents: there is some profanity featured in the text, as well as imagery of kids smoking, so parental discretion advised regarding younger graphic novel readers.