For more than two hundred years, the Owens women have been blamed for everything that has gone wrong in their Massachusetts town. Gillian and Sally have endured that fate as well: as children, the sisters were forever outsiders, taunted, talked about, pointed at. Their elderly aunts almost seemed to encourage the whispers of witchery, with their musty house and their exotic concoctions and their crowd of black cats. But all Gillian and Sally wanted was to escape. One will do so by marrying, the other by running away. But the bonds they share will bring them back—almost as if by magic...

For over two hundred years, the Owens ladies have been one cursed family! Orphaned sisters Gillian and Sally Owens are brought to live with their eccentric aunts, Francis and Bridget. Introducing the girls to their magical roots, the aunts quickly see Sally as the more natural witch, while younger Gillian is more taken with her inner bohemian spirit consumed with falling in love... repeatedly.

Because the town has never let up on its gossiping and trading witch stories regarding the Owens women, young Gillian and Sally grow up fielding a mountain of ridicule. By the time they are grown and ready to start their own lives, the sisters are ready to do just about anything to escape the Owens curse --- the one that kills any man who falls for them --- Sally marries for comfort rather than love while Gillian literally runs away from her East Coast upbringing, escaping into the western regions of the US.

If you're coming to this book because you love the movie (as I did), let me warn you now, the similarities between the two are few and FAR between... for real! Plus, the first chapter is going to be a tough one to get through for animal lovers.

Alice Hoffman has become one of my very favorite authors in recent years and I'm only now just getting to this one, perhaps her most famous book because of the movie. The movie being a favorite of mine for years already, I figured this one would be a sure favorite as well.... but honestly, I struggled with it. I still liked it, but it was a struggle. There's a certain magic to Hoffman's writing that, despite this novel's title, was seriously lacking. Sure, magic was mentioned, and there were moments here and there where I felt Hoffman's classic writing style coming through, but it wasn't start to finish lovely whimsy as some of her other books have been for me. Maybe because the movie was just so cozy and amazing, I set the bar too high going in?

Case in point: (movie vs book)

* Movie Sally owns a natural beauty care store where it's rumored witchery goes into her recipes... while book Sally works as... a high school administrator?! Not saying the job isn't important but hard to work magic into such a comparatively dull environment!

-- Also different: 1) The way she meets husband Michael is portrayed a little differently in the book. Again, the aunts have no magic involved in the union like they did in the movie... it just comes about by "right place and time" kind of thing, like anyone. 2) We get to know Sally's girls as teens -- Antonia a stunning redhead, little sister Kylie a 5'11 "awkward giantess" --  rather than just small children where the movie stops. Sally and her girls also spend much of the book living in NYC, which I found confusing during this book, but it's actually explained nicely in the prequel, The Rules of Magic.  3) Book Sally actually DOES get to the top of the phone tree... without Gillian's help! In fact, she's a regular there. 3) The whole relationship with Officer Gary Hallet -- memorably portrayed by Aidan Quinn in the film -- is way more lowkey (almost boring) in the book. It's actually Gillian that has the way more interesting romance (and I'm not talking about Jimmy)... but more on that later.

* Movie Gillian and her relationship with Jimmy: There's one section of the novel where Gillian is thinking back on the time she spent with him (this is after it comes to an end) and within her thoughts are NSFW kind of descriptions of Jimmy being rough during sex, getting off on the violence, and how she would let it go on because the violence during sex was less painful than the beatings he would give her if he didn't get his way. Yeah, this was lightly glossed over in the film but the book gets heavy with this reality at times. Between book and movie there's also a bit of a switch with Jimmy's final resting place: instead of under roses in Massachusetts, his spot is under lilacs in NYC. But what remains in both book and movie is the presence of toads (even the one who spits the ring!).

---- Gillian takes up with Sally's co-worker Ben, who proves to be a solidly decent guy. Aptly, he's also a neat mix of scientist and part-time magician.

The aunts were looking out the window, watching what avarice and stupidity could do to a person. They shook their heads sadly.... Some people cannot be warned away from disaster. You can try, you can put up every alert, but they'll still go their own way.

Another area where there are some differences is with the legend of Maria Owens, the originator of the curse. Some of the details there were altered a bit by film's development. Just in general, the "magic" element felt pretty underdeveloped until Part 3, "Clairvoyance", where the story gets into the battle between Jimmy and the Owens sisters. Prior to that, it felt more like a general domestic drama regarding family tensions, sisterly bond, etc. The book really didn't come alive for me until the relationship between Gillian and Ben was introduced. Really wish this element HAD been incorporated into the film, and I'd certain be happy to read a spin-off book focusing on these two and where they ended up. 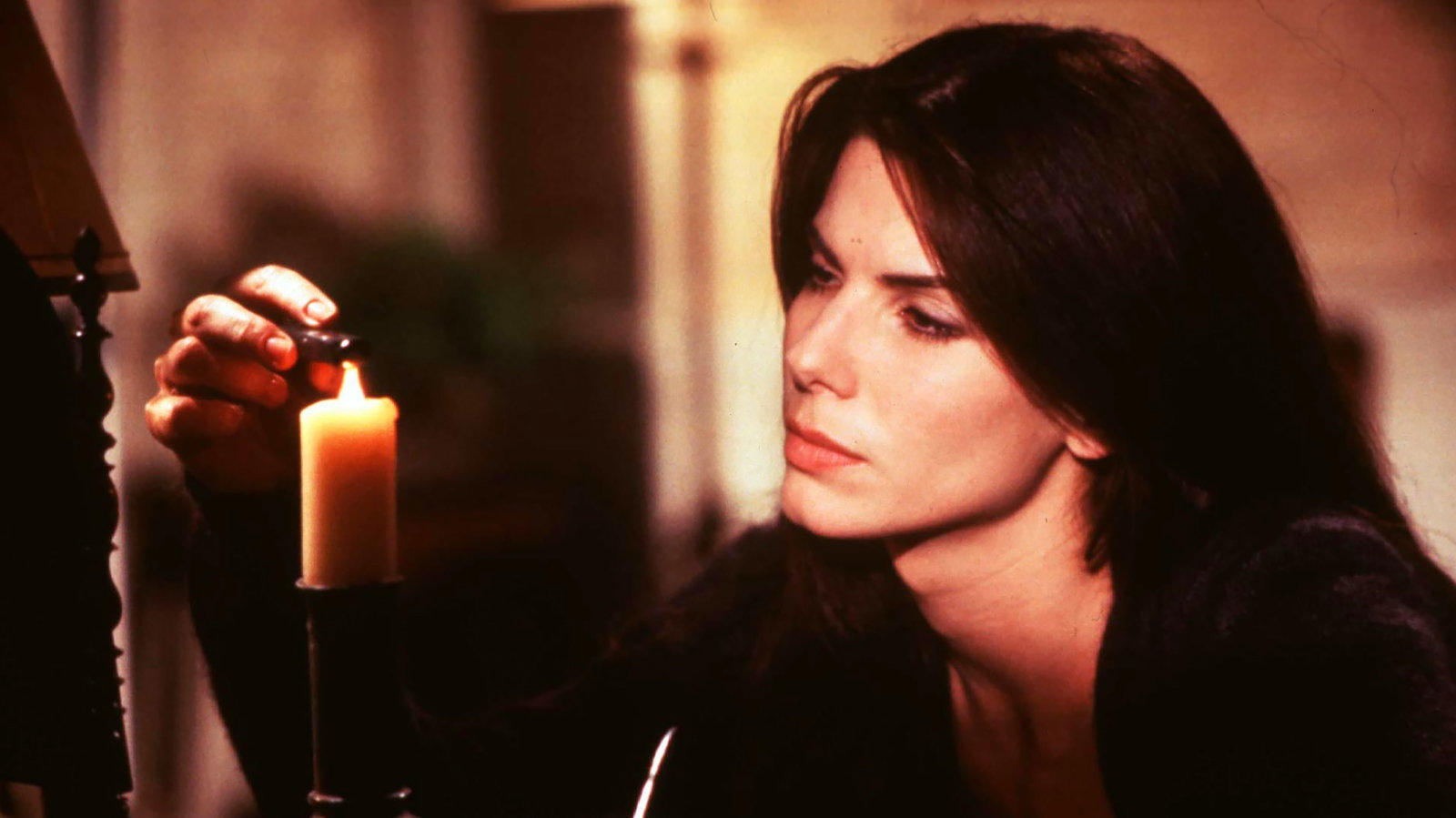 While it was cool to see the origin of characters I came to love on screen, the novel needs better transitions. There are people regularly introduced or scenes changed mid-paragraph, which made for a choppy "quick, backtrack!" kind of reading experience. Still, I do love that the heartwarming closing words of the book were incorporated into the film.