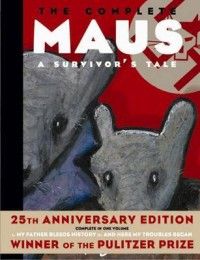 The Pulitzer Prize-winning Maus tells the story of Vladek Spiegelman, a Jewish survivor of Hitler’s Europe, and his son, a cartoonist coming to terms with his father’s story. Maus approaches the unspeakable through the diminutive. Its form, the cartoon (the Nazis are cats, the Jews mice), shocks us out of any lingering sense of familiarity and succeeds in “drawing us closer to the bleak heart of the Holocaust” (The New York Times).
Maus is a haunting tale within a tale. Vladek’s harrowing story of survival is woven into the author’s account of his tortured relationship with his aging father. Against the backdrop of guilt brought by survival, they stage a normal life of small arguments and unhappy visits. This astonishing retelling of our century’s grisliest news is a story of survival, not only of Vladek but of the children who survive even the survivors. Maus studies the bloody pawprints of history and tracks its meaning for all of us.

Inspired by the Holocaust experience of his own parents, cartoonist Art Spiegelman writes and illustrates this Pulitzer Prize wining story of a grown son, also a cartoonist (yes, this one is in the meta / semi-autobio style) who sits down with his father, Vladek  Spiegelman, to record Vladek's story with the intent to publish it. Perhaps to soften some of the more violent aspects of Vladek's story, the tale is told anthropomorphically-- Nazi soldiers are portrayed as big, burly cats, Jewish prisoners are mice, and one African-American man is illustrated as a black dog. 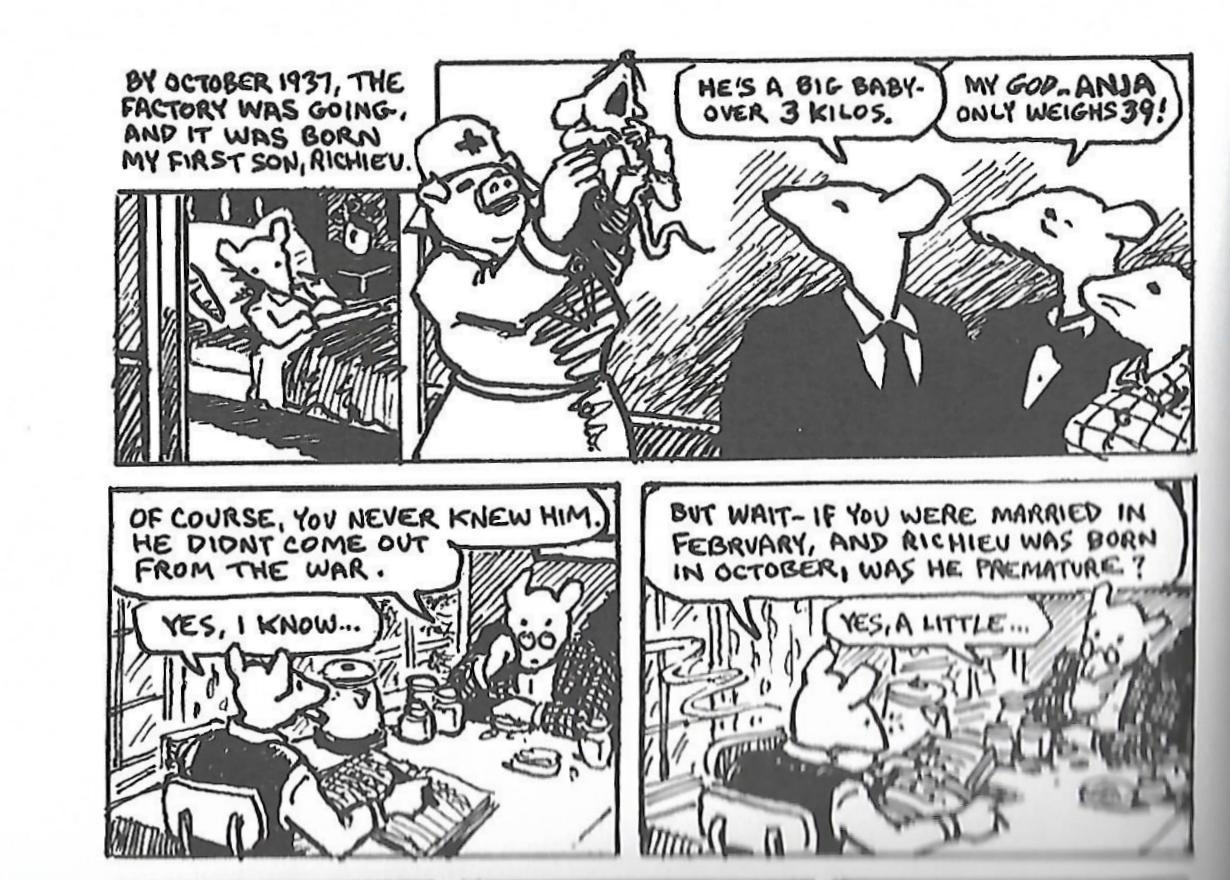 Vladek starts with the story of meeting his wife, Anja, and their years together as newlyweds prior to the war. In 1938, Anja develops post-partum depression and is taken to a sanitarium in Czechoslovakia where she experiences, for the first time, full-force anti-Semitism. From there, the war story of Anja and Vladek only gets more painful. Even Anja's millionaire parents couldn't buy her safety. Once captured, Vladek explains that he was able to get some leniency with the Germans because even though his family was Polish, he could speak and write in German, so the Nazis found him useful.

This special anniversary edition features the entire story, Vols 1 & 2, together in one book. As I mentioned before, the story does dip in and out of meta style storytelling. Towards the middle of the book, there is a kind of mini-comic insert where author Art Spiegelman tells the real life tragic story of his own mother's suicide. This book as a whole is not for the faint of heart. There are illustrations of mice with nooses around their necks, descriptions of children being picked up by their legs and swung into brick walls to stop them from crying / screaming (the noise giving away the location of those in hiding). Near the end of Vol. 2 there is also pretty detailed description of the interiors of the gas chambers. This edition also features one color map (the rest of the book is done in black and white) that shows the full layout of the Auschwitz camp. 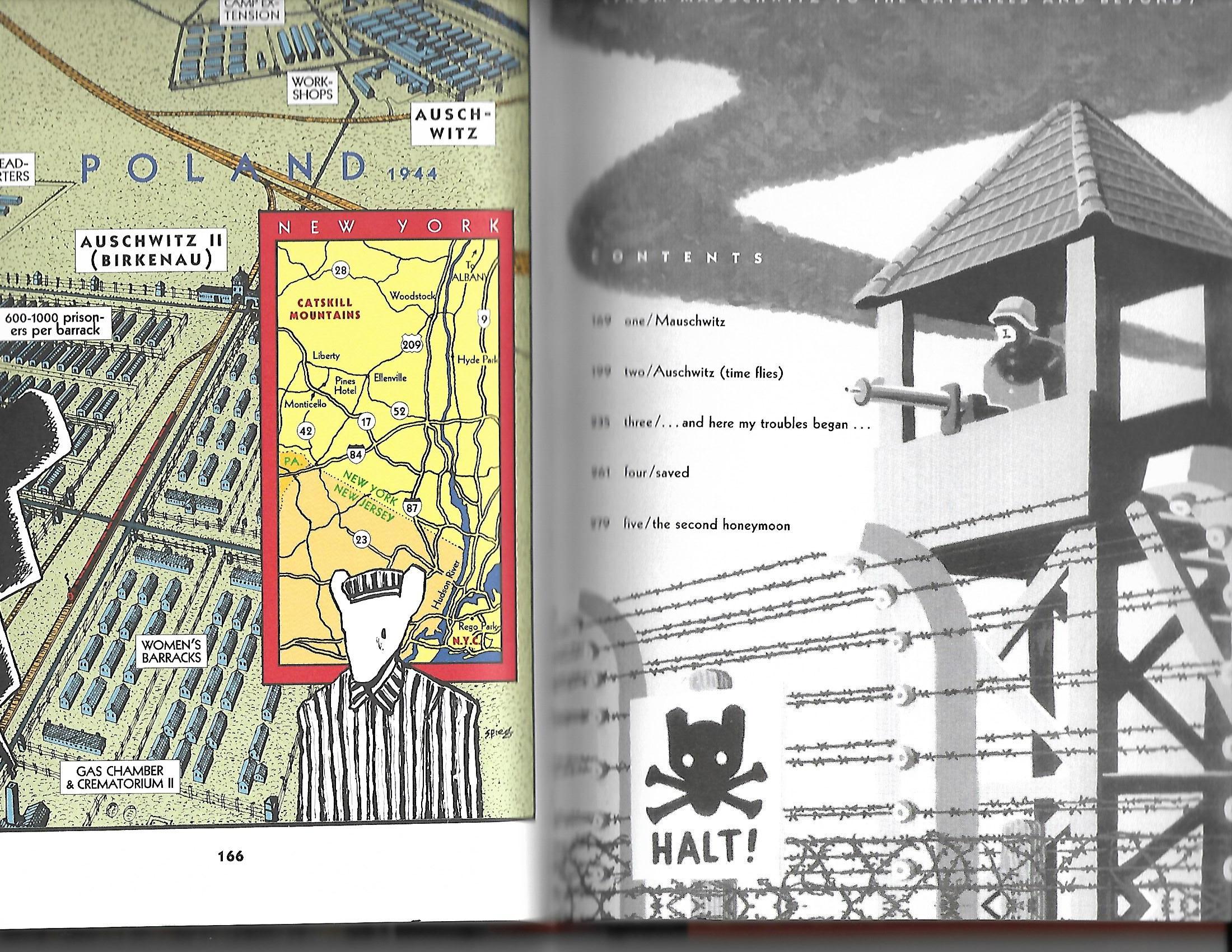 Blended with the Holocaust theme, Spiegelman also brings in a modern day father-son relationship story of a grown man honestly trying to make the effort to finally, hopefully, understand the father who has always slightly confounded him. There are some tense life truths brought to the table during these scenes but it provided a relatable, poignant layer to the whole experience that I came to really appreciate.

If you're now reading this thinking, "Man, there is no way I could get through anything that dark," Spiegelman might have had such readers in mind because he does offer moments of levity as well. There's the somewhat scary but also creepy-humorous story of Lucia, the woman who went Stage 5 Clinger on Vladek when he became interested in someone else. 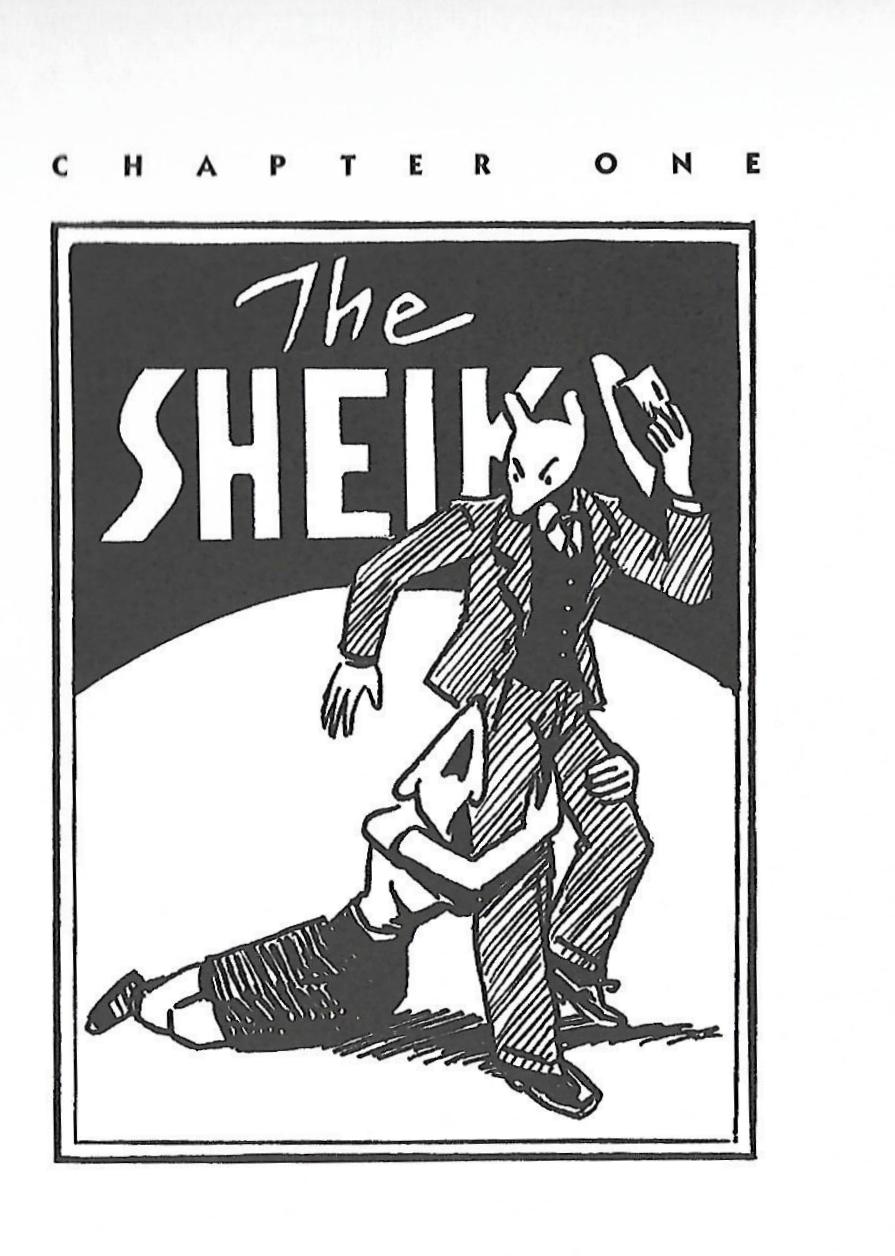 Old man Vladek is also dad-funny during his conversations with his son, saying things like "famous like that one guy".... I don't know though, there were a few moments there where old Vladek was coming off as pretty strongly racist himself... so it left me with mixed feelings about him.

I'm glad I finally took the opportunity to experience this epic graphic novel I've heard so much about over the years. The story is a tough one to take, but important to hear. Truthfully though, I'm not sure it's one I see myself revisiting, at least not any time soon.