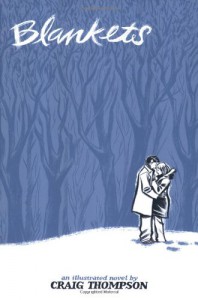 Blankets is the story of a young man coming of age and finding the confidence to express his creative voice. Craig Thompson's poignant graphic memoir plays out against the backdrop of a Midwestern winterscape: finely-hewn linework draws together a portrait of small town life, a rigorously fundamentalist Christian childhood, and a lonely, emotionally mixed-up adolescence. Under an engulfing blanket of snow, Craig and Raina fall in love at winter church camp, revealing to one another their struggles with faith and their dreams of escape. Over time though, their personal demons resurface and their relationship falls apart. It's a universal story, and Thompson's vibrant brushstrokes and unique page designs make the familiar heartbreaking all over again. This groundbreaking graphic novel, winner of two Eisner and three Harvey Awards, is an eloquent portrait of adolescent yearning; first love (and first heartache); faith in crisis; and the process of moving beyond all of that. Beautifully rendered in pen and ink, Thompson has created a love story that lasts.

I've finally tackled this behemoth of a book (nearly 600 pages of text & illustrations!) after years of hearing it hyped up. In this graphic memoir, author Craig Thompson illustrates experiences from not only his childhood but also his story of that first big love. 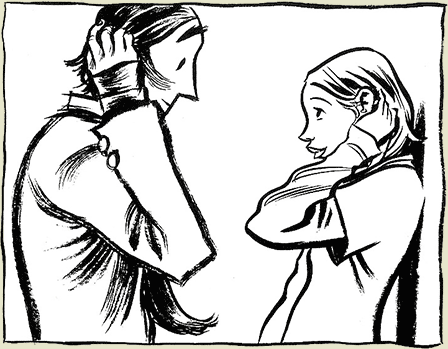 Thompson's parents here are described as fundamentalist Christians with the father being an extreme disciplinarian. WARNING: If you're at all squeamish or easily unnerved as a reader, be forewarned: there are scenes of child abuse and sexual abuse of minors depicted in this book. There are also numerous sketches of breasts and penis, if you are offended by that.

In one scene, Thompson's father sticks Craig's younger brother in a spider-filled cubby hole and makes him stay there overnight after Craig and his brother got into a brotherly tussle, getting a little too loud and disturbing their parents. In a summer scene, the boys experience near heat exhaustion in their upstairs bedroom because the cheapskate father doesn't want to pay to run fans. The rage that man induced in me!

Fast forward a few years and teenage Craig meets Raina at a winter retreat for Christian teens. A friendship quickly develops that continues long-distance (once the retreat ends), until Raina invites Craig to her home for a few weeks visit. Once there, Craig is moved when he sees how mature and caring Raina is with her specials needs siblings. He admires how protective she is with her brother and sister, yet it stirs up feelings of guilt in him as he thinks about how poor a job he did keeping his own brother safe from predators. 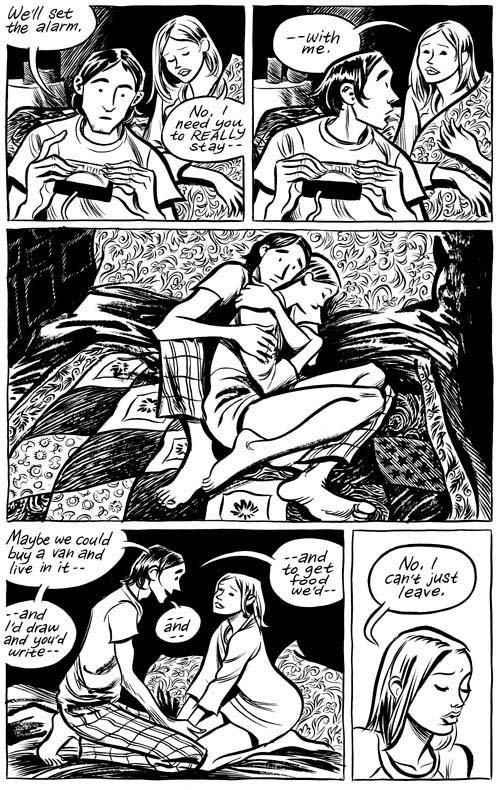 The way my friends have been talking up this book all these years as well as hearing how groundbreaking it was in the graphic novel / memoir genre in general, I was fully expecting a solid 5 star read for myself. Didn't quite get to 5 star level for me but I did thoroughly enjoy it.

Having had a tough childhood experience myself, reading the panels in the early part of the story was not the most pleasant experience, but I appreciated Thompson's honesty in wanting to share the truth of his experiences. I also quite enjoyed the bluish-grey tones of the artwork. It was definitely key in building the atmosphere of the story. I was also impressed with Thompson's art style, the way it was simple, not too fussy, yet still conveyed movement. 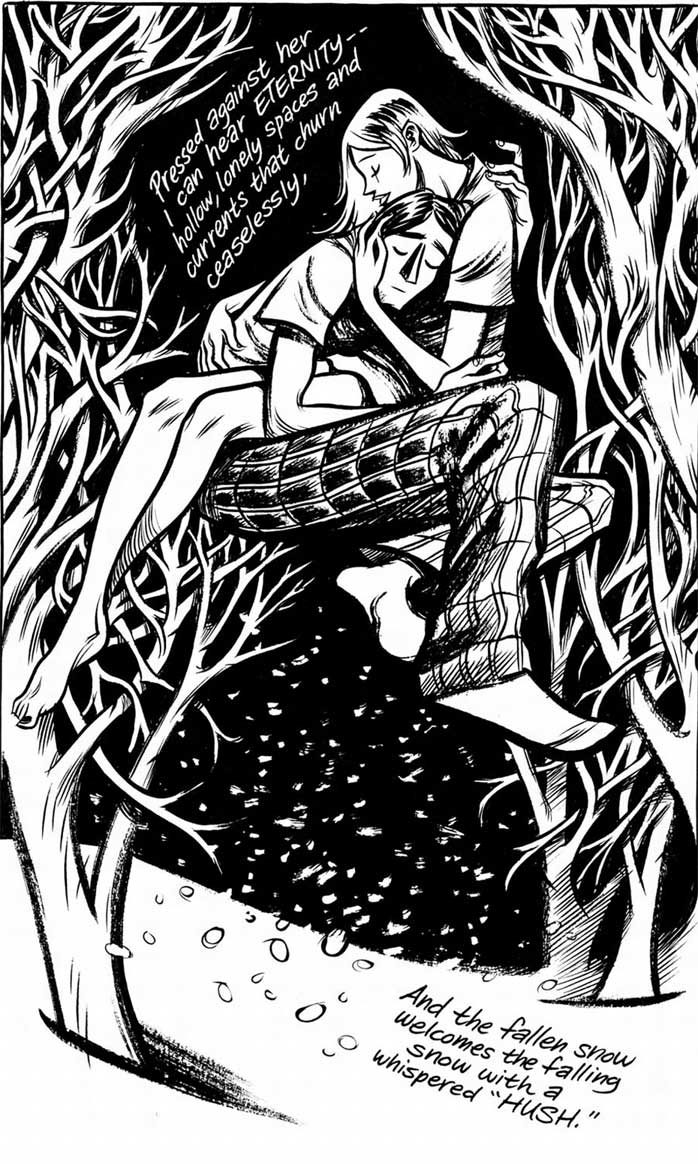 I found the relationship between Craig & Raina lovely & sweet for the most part, particularly the idea of the tree painting! At times, their behavior seemed overly dramatic and angsty but ehh, they were teen characters... goes with the territory to some extent. I don't think I was always entirely invested in the story, as I caught myself a few times feeling tired, thinking it was taking me forever to make progress in the pages. But I did enjoy the reading experience overall.

For those who are fans of Art Spiegelman (MAUS graphic novel) and Neil Gaiman, Thompson gives them shout-outs in the acknowledgements.